Our Valdobbiadene Prosecco Superiore D. O. C. G. BRUT has been selected among 25 labels and awarded with a score of 90+ by the World Wine Ambassador Luca Gardini.

“A good winery with a nice family history which carries out projects about sparkler labels based on accurate care for the territory and varietal expression. Like in this bottle, which represents the cornerstone of the wine production. On the nose, aromas of green apple and lemon. The mouthfeel is held bu a nice acidity and a minerality trace with a pleasant persistence.”

Produced from selected grapes from the hills of Valdobbiadene, our Prosecco Superiore D. O. C. G. BRUT distinguish itself  for its elegance and refinement. Straw yellow in colour with greenish reflections, this sparkling wine is characterized by a very fine and persistent perlage, which creates a very pleasant sensation of creaminess on the palate. The fruity notes of green apple, pear and citrus merge with the delicate scents of wild flowers, wisteria and acacia. Its 6 g/l of residual sugar make it dry, savoury and balanced, to be tasted with fish dishes, such as seafood shellfish, crustaceans and refined cheeses.

These are the characteristics that led Luca Gardini to award our Valdobbiadene Prosecco Superiore D.O.C.G. BRUT with a score of 90+/100.

Among the successes and awards won by Luca Gardini stands out the recognition as the best sommelier in Italy in 2003 and then the victory at the European Championship of Sommeliers, which led him to be the best in Europe in 2009. Only a year later, Gardini reached an exceptional goal becoming the best Sommelier in the World. His successes did not stop there and in a short time Luca Gardini became Worldwide Ambassador of Oenology. 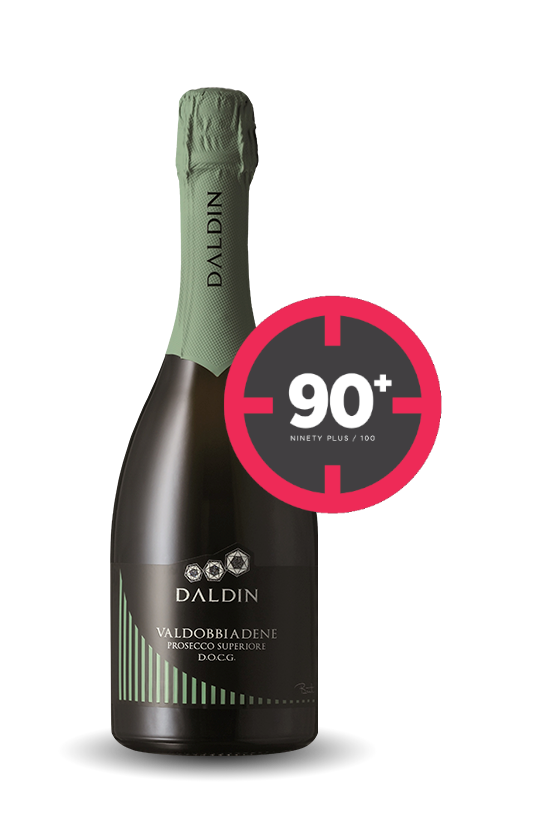