The Unesco territory of Prosecco

The Pedemontana Trevigiana area, and in particular the range of hills that run from Valdobbiadene to Conegliano, have for centuries showcased their nobility in the careful geometry of the vines that gently grace the slopes.

This is a good land that owes its physical conformation to the ancient Piave Glacier which came down in primordial times from the Dolomites, as the soil absorbed the wealth of precious substances, the very substances that it now generously gives back to the Prosecco vines.
These hills, with altitudes ranging from 50 to 500 metres above sea level that emerged during the tertiary age are predominantly made up of marl, accompanied by sandstone and rock typical of the sea bed with one of the most suitable chemical physical compositions able to endow the grapes with their characteristic aromas and flavour, accentuated by strong temperature excursions which, by promoting correct maturation, has made Prosecco the most popular Italian Spumante in the world. 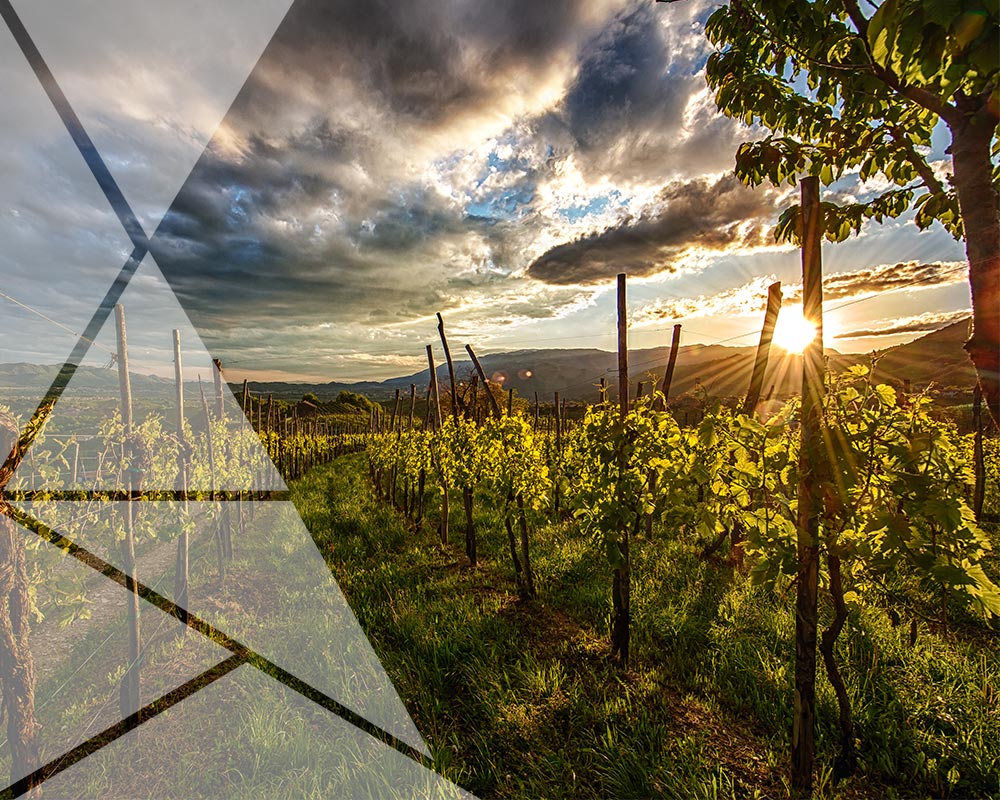 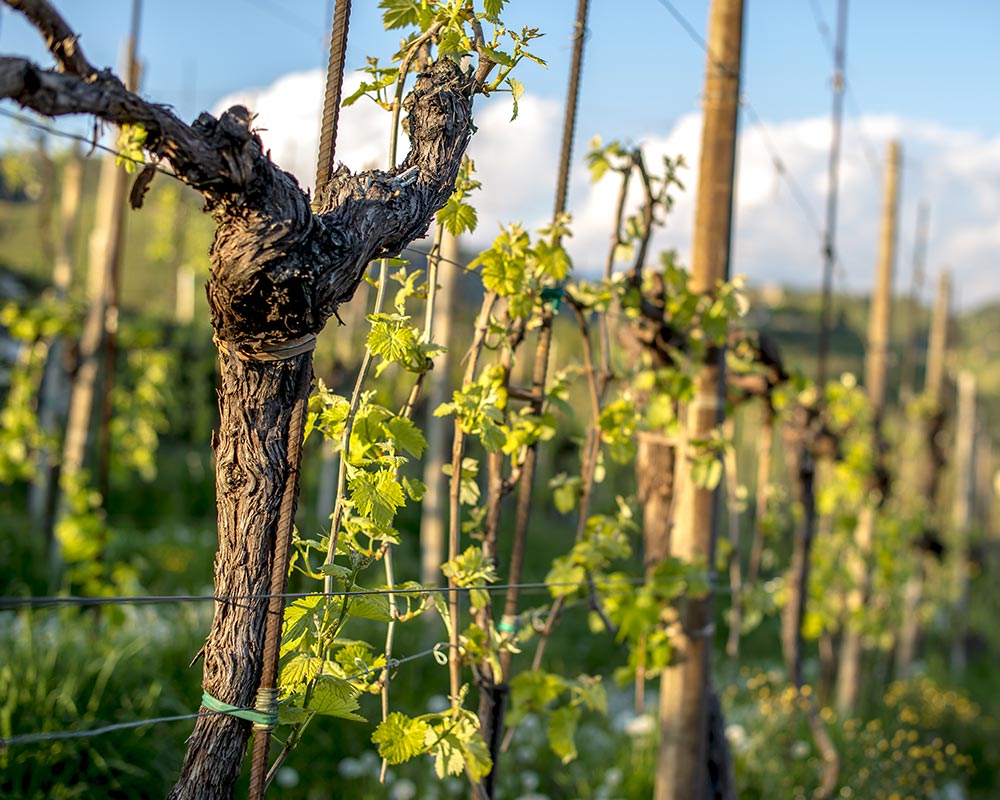 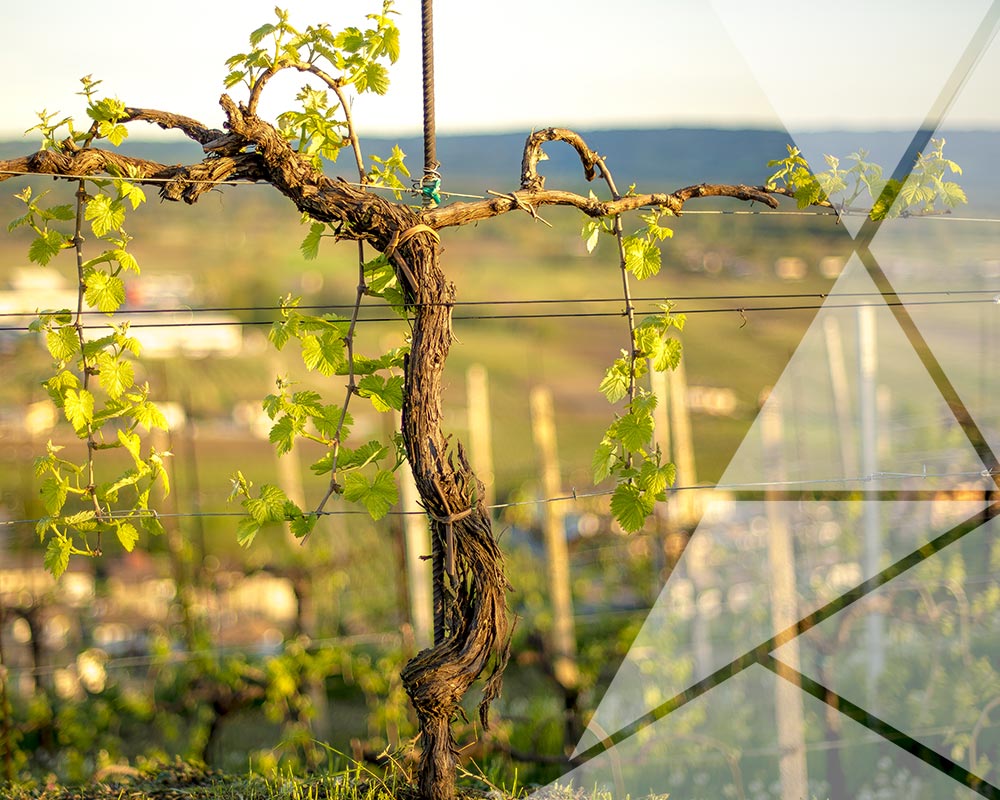 A great wine identifies with its territory: the grape variety, the centuries-old wine heritage, the climate and people.

The Prosecco sparkling wine is considered to originate from the karstic hills in the north area of Trieste and it most likely derives from the autochthonous Roman grape variety, called Pacinum. It is a rustic and vigorous plant characterised by rather long, sparse and winged bunches. The ripe grapes are characterised by a beautiful golden colour.

From the hills where it comes, the Prosecco sparkling wine spreads its enchantment on those, who seek for its floral, honey and wild apple scents.
It blends with the thousand floral notes, which flood the hills during the spring.
In a glass of Valdobbiadene Prosecco Superiore DOCG sparkling wine, with its great straw yellow colour, you can appreciate the best Italian bubbles in all their expressive and sensorial fullness.
It already charms us with its finesse from the first taste. It is characterised by a perfectly balanced intense acidity, which tickles our taste buds; a velvety softness that caresses our palate; a great flavour that floods in the mouth, all combined with a moderate alcohol content well-proportioned and balanced, which tempt us to drink.

The Prosecco sparkling wine has established itself as the standard-bearer of Veneto’s identity, becoming one of the greatest wines that best symbolize the Italian country in the world.

Its fast spread and fame contributed to make it synonym for social mediation:  from daily aperitifs to official symposia, from private toasts to official rituals, the Valdobbiadene bubbles have conquered the international market.
Each sparkling wine has its own harmonies and expressions, emphasized by the Charmat production method, which is the perfect technique for making a fruity sparkling wine like our Prosecco. As a matter of fact, this method is able to keep the original characteristics of grapes, intensifying their main aromas and aromatic simplicity. 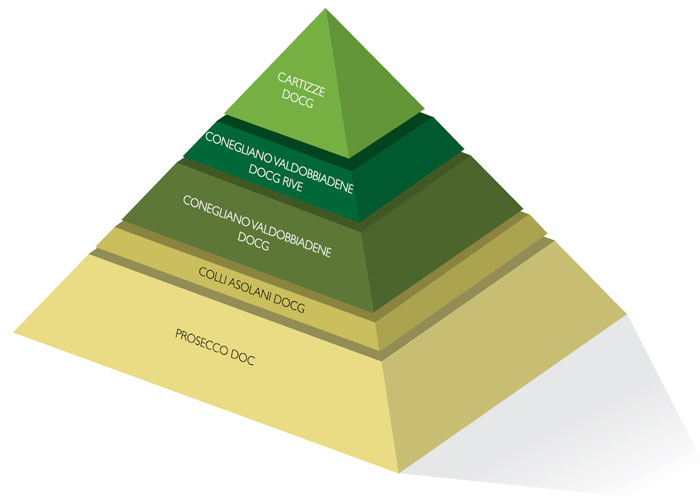